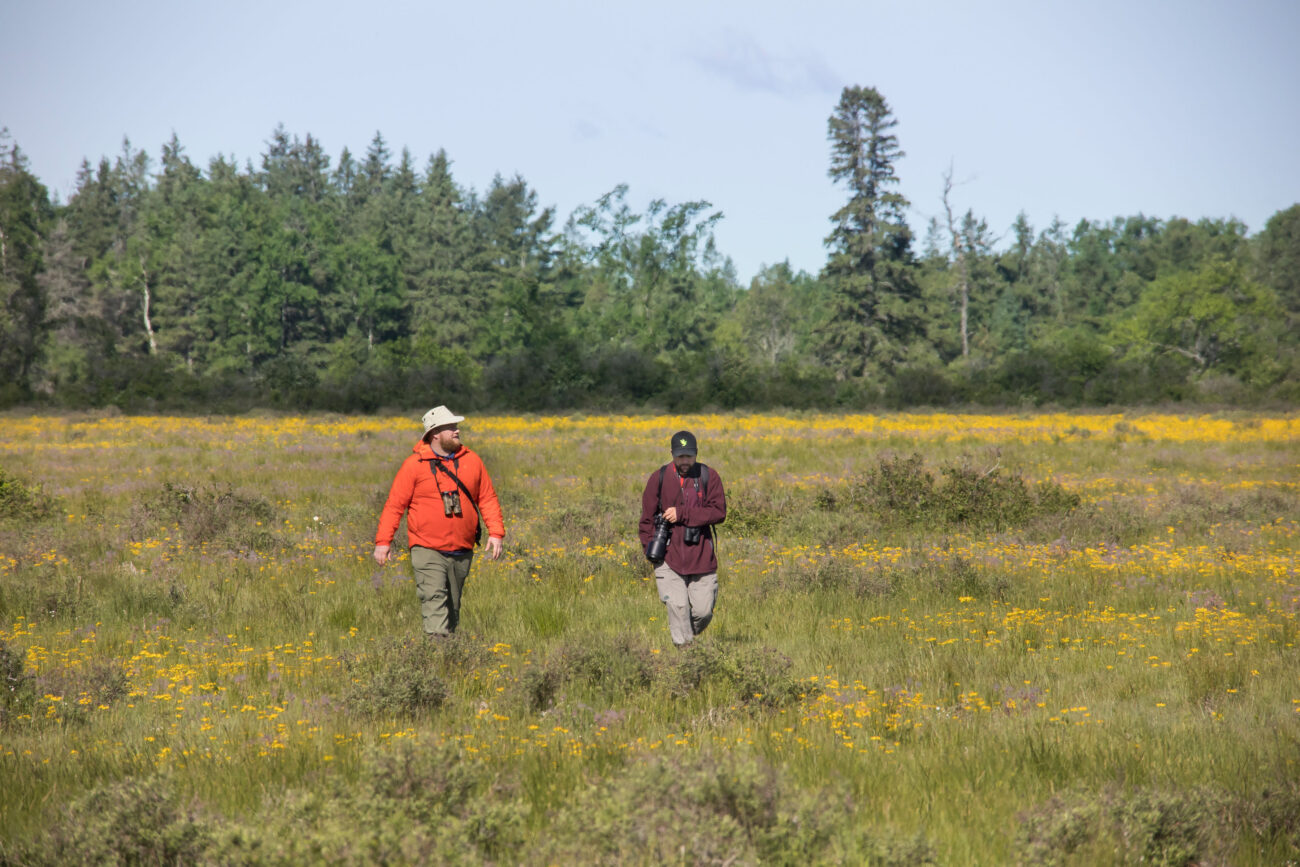 Check in throughout the season to see what volunteers and staff have been up to! You never know who, or what, we’ll cross paths with…

On Saturday June 4th we hosted ten teams of expert birders who travelled from as far away as Hamilton and Kingston for the 6 a.m. start time.  They were there to participate in the 15th Carden Bird Blitz, a plot-based study of grassland birds.

For one spring morning each year, avid ornithologists  who are chosen to participate in the study gain exclusive access to this 4,500 acre provincial park which is normally off-limits to the public due to the presence of grazing cattle.

It began in 2005 as a thank-you from The Conservancy to the many ornithologists throughout Ontario who donated funds to protect Cameron and Windmill Ranches.  It is now a scientific testament to the Alvar’s role in protecting grassland birds.

According to Birds Canada, nearly 60% of Canada’s grassland birds have disappeared since 1970, largely due to habitat loss.

With over 8,000 data entries (thanks, Aiesha), we can see some declines in population, but relative to the dramatic declines elsewhere, we can also see that our conservation efforts are working.

Thanks to all the participants, we couldn’t do it without you.   Click here to see a photo album from that (very early) morning.

Bluebird Ranch is aptly named as it is a reliable place to see and hear bluebirds on their breeding grounds, despite their uncommon status in Southern Ontario.

During the Carden Bird Blitz we were fortunate to meet Herb Furniss and his assistant Debbie Hewitt, who monitor roughly 200 Bluebird Boxes in the area.

Herb Furniss installed these familiar white numbered boxes throughout Carden, and has been taking care of them for 32 years.

The idea of both these region-wide surveys is that by finding the highest concentrations of at-risk grassland birds, we will improve our knowledge of habitat worth protecting in the region.

On May 20th, a new group of volunteers joined Conservation Biologist Toby Rowland in Carden, to learn first-hand how to identify Bobolinks, Eastern meadowlark, and Barn Swallows, the three target species of this new monitoring program.

Volunteers learned that the Bobolink song sounds like R2D2, and Eastern Meadowlarks sing, “Spring of the year. Spring is here!”

Who got their paws on Morris’s Trail Cam?!

Morris Ilyniak is the Land Steward for the McIsaac and Whitney Wetlands in Ramara, and generously offered his personal Trail Cam to see what wildlife footage we could capture.  Maybe a moose…maybe a coyote…

See who showed up in this hilarious video below.  Sorry about your trail cam, Morris.

Read our Winter 2022 Notes From the Field Here
X