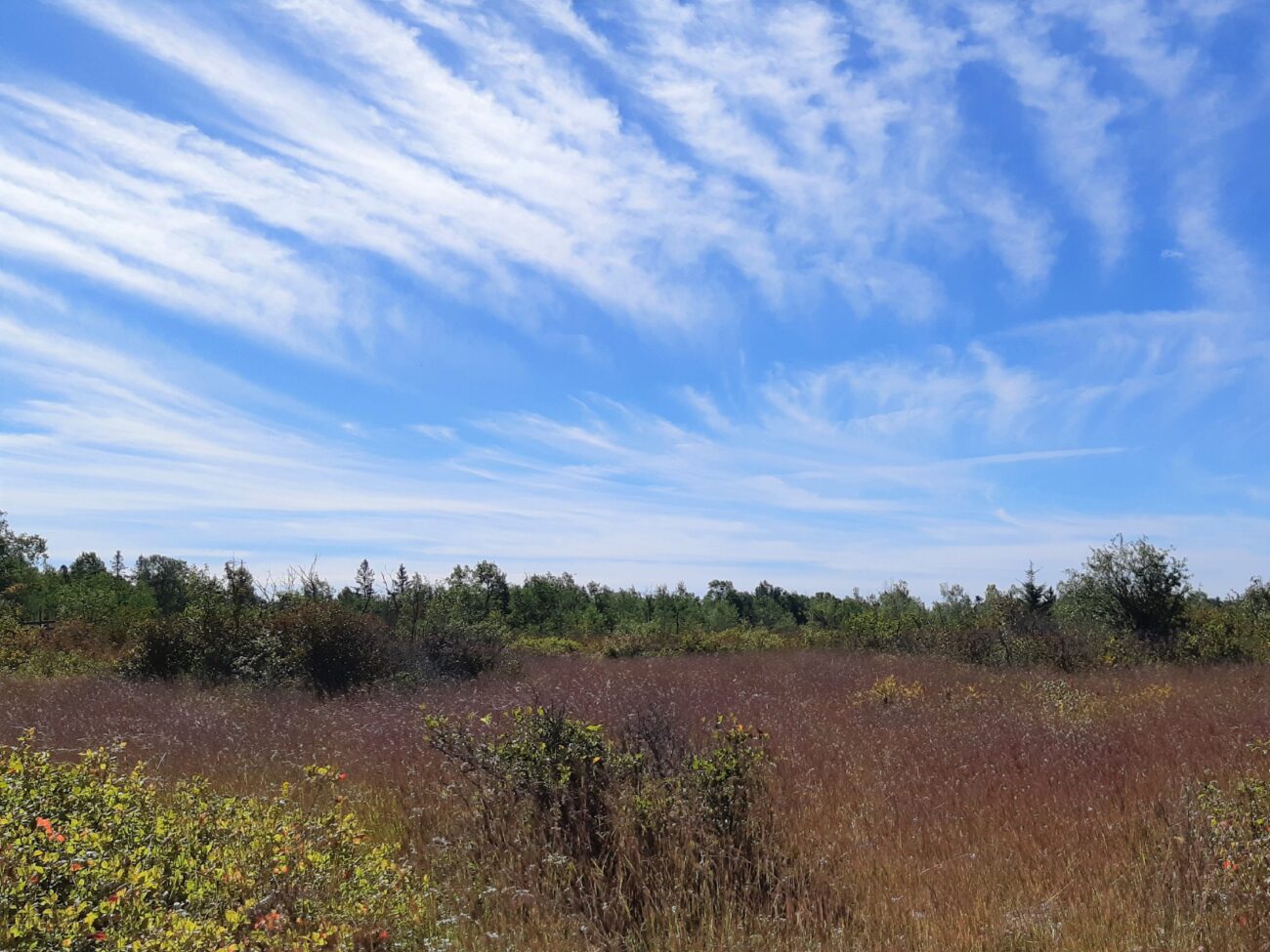 We know you have been waiting to hear any news on the Cedarhurst development for a long time and we thank you for your patience.
We have good news to share. The owners of the 1,350 acre property have decided to sell the property to the Nature Conservancy of Canada. Kudos to them for making this decision.
When we heard, we couldn’t wait to share the news with you, but of course there were still details to work through before saying anything publicly. This is a collective sigh of relief. When the original owners purchased the property, they intended to build a gun range. Less was known when ownership shifted, but any development would have been detrimental to such a rare landscape.
We all know and love the alvar. Many of you reading this have been united in protecting the alvar for the species who thrive here like Eastern Loggerhead Shrike. Over the past 25 years, together we have protected well over 9,000 acres in Carden with other organizations. The Carden Alvar is thought to be one of the richest in the province with a great diversity of species.
Being able to protect such a large portion of the alvar with direct connections to neighbouring Nature Reserves will make all the difference to Moose, who move regularly through the area, and for Common Nighthawks (Special Concern) and Eastern Whip-poor-wills (Threatened), grassland bird species who rely on area for nesting. This area also connects to Queen Elizabeth II Wildlands Provincial Park, a critical part of the conservation corridor.
Please share this news with others that will be happy to hear it!
Learn more about protecting this 1,362 acre property here
Conservation groups looking to purchase the heart of Carden Alvar
New conservation area worth $10 million dollars a year in ecosystem goods and services
Orillia, ON (October 13, 2020) – The Nature Conservancy of Canada (NCC) and the Couchiching Conservancy have partnered in their efforts to protect a key piece of the globally important Carden Alvar. The 551-hectare (1,362-acre) Cedarhurst Alvar property at the heart of the Carden Alvar, located 35 kilometres northeast of Orillia, contains some of the most significant natural habitat in the province.
Alvars, naturally open habitats with either a thin covering of soil, or no soil, over a base of limestone or dolostone bedrock, are extremely rare. They only exist in a handful of locations across the globe, including the eastern European Baltic region, the United Kingdom and Ireland. In North America, almost 75 per cent of alvars are in Ontario.
If protected, this new conservation reserve will provide Ontarians with $10 million dollars a year in ecosystem goods and services, including carbon storage, the removal of air pollution and flood water storage. The property’s diverse habitats, including forests, wetlands and grasslands, act as sponges during spring run-off and during major storms. By storing carbon and buffering local communities from the impacts of increasing severe weather events, the property provides an excellent example of the nature-based solutions needed to help combat climate change.
NCC and the Couchiching Conservancy need to raise $1 million dollars by spring 2021 in order to protect the Cedarhurst Alvar property for the long term. In the past, the Carden Alvar, and this property in particular, has faced development pressure. If the conservation groups cannot raise the money in time, this important natural area could be developed.
Home to a large number and diversity of grassland birds, including grasshopper sparrow, bobolink, eastern meadowlark and upland sandpiper, the Cedarhurst Alvar property represents a large gap in Carden’s network of conservation lands. Once protected, it will help form a conservation corridor between Carden Alvar Provincial Park to the south and NCC- and partner-conserved lands extending north to Queen Elizabeth II Wildlands Provincial Park.
For more information and to donate, visit natureconservancy.ca/cedarhurst.
Quotes:
“Every block of land in Carden Alvar is special in its own way, but it’s the numbers that tell the story at Cedarhurst Alvar. It’s a staggering 551 hectares (1,362 acres) of land. It’s providing $10 million dollars a year in services like cleaning drinking water, purifying air and storing carbon. There are hundreds of species using its wetlands, forests, grasslands and globally rare alvars. Doing conservation at this size and scale is incredibly important in today’s changing world.” – Kristyn Ferguson, program director, large landscapes Ontario Region, Nature Conservancy of Canada
“The Couchiching Conservancy is very pleased to be working with The Nature Conservancy of Canada to bring permanent protection to the heartland of the alvars in Carden. We are working very hard with our partners to create wildlife corridors throughout the Lake Couchiching region to build natural resiliency in the face of a changing climate. This property is an essential piece of that puzzle.” – Mark Bisset, executive director, The Couchiching Conservancy
X