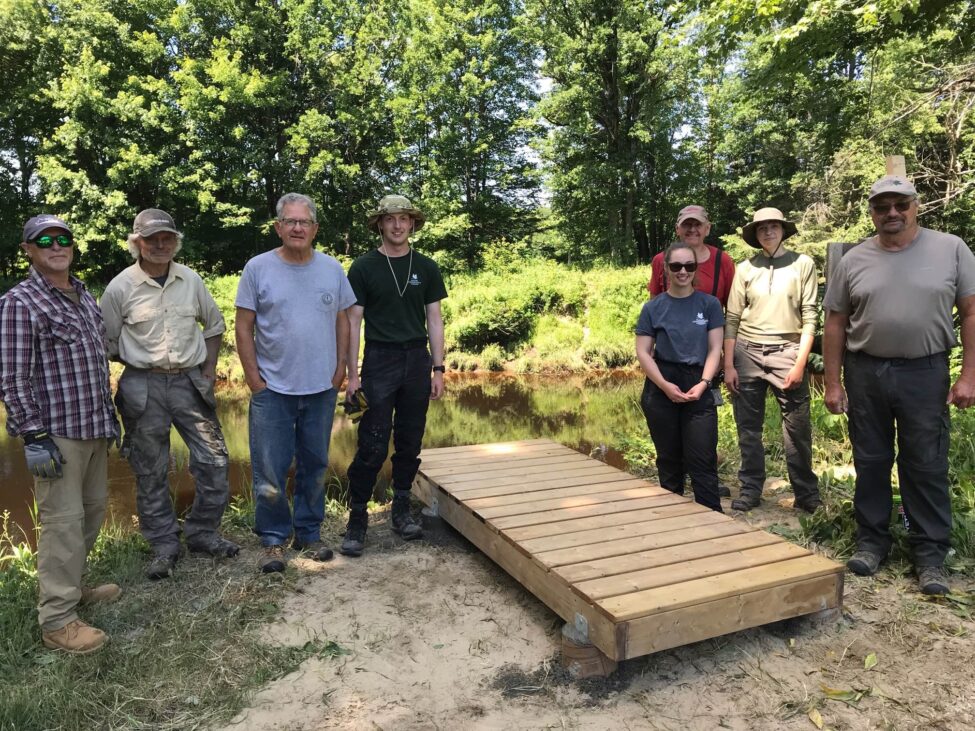 The dream of a canoe & kayak launch at Ron Reid Nature Reserve is now a reality.

This 729 acre nature reserve is surrounded by QEII Wildlands Provincial Park, and has a 4 kilometre stretch of the Black River running through it.  It’s an ideal destination for a paddle, yet access points are limited due to the steep and sandy banks of the river.

After much head-scratching and discussion, we hope the finished product will greatly assist those wanting to make a half day trip East to Ragged Rapids, or West toward Chisholm Trail and Washago.

Thanks to the volunteers and staff who made this launch a reality, especially John Walinck who built the deck and ladder in his shop and transported them to the site, and Brandon Guoth who coordinated the project.

The launch is named “Rosebush Landing”, after Joan & John Rosebush who were major contributors in the fundraising campaign to purchase this nature reserve, and are long-time supporters of the Conservancy.

Learn more about this nature reserve and download a map here