That’s a wrap on the 15th annual Carden Challenge. With 34 participants, these nine teams scoured the Carden alvar in search of as many species as possible in 24 hours. Participants battled the rain, hail and thunderstorms on Saturday but birds were singing, the reptiles were out and it was another enjoyable year with lots of great memories. All together there were 180 species counted!

Overall, well over $22,000 has been raised this year from the Challenge! All funds are directed towards conservation efforts of the alvar, a globally rare landscape.

A big, BIG thank you to everyone who donated and sponsored participants! So far, there have been over 200 people who sponsored and donated.

Thank you Justin Peter for being our celebrity birder this year!

Team summaries of Best species, Misses and if they counted anything that others didn’t is all detailed below.

Lots of misses this year, likely because of the weather. Most hawks, Red-bellied Woodpecker, all previously listed odes, many leps.

Pictures (use arrows to move back and forth) 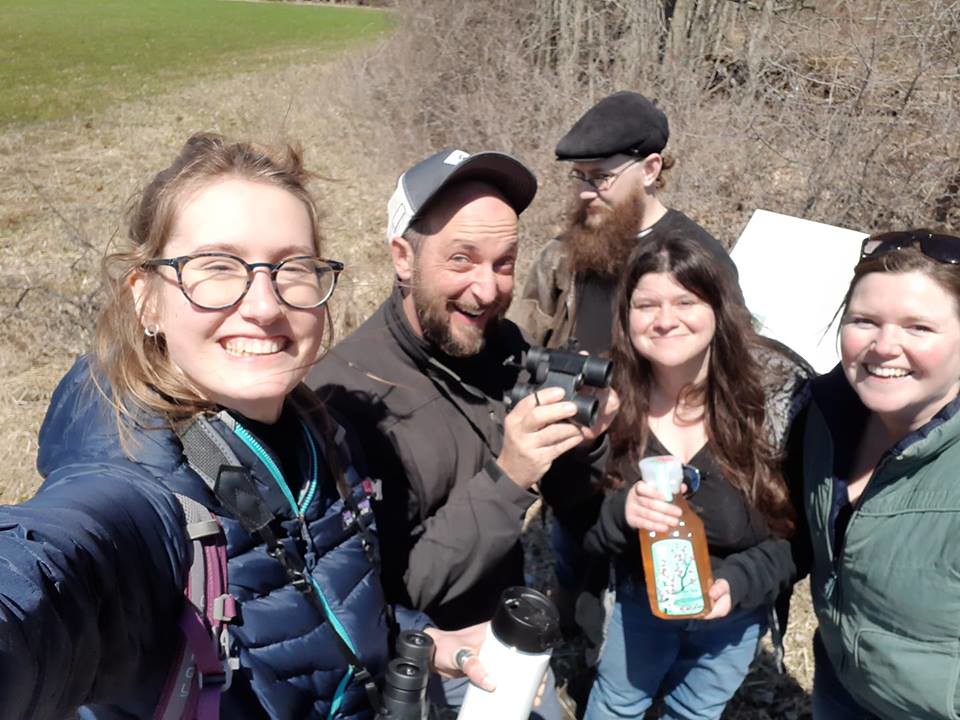 Best: The Owls – we spent about 40 minutes there. It took a long time to figure out what they were!

Miss: The Raven. We looked at every Crow…but no Raven. We were also looking for the Shrike. Nothing, until 6:02pm.

This team was the only to count a Northern Mockingbird and Northern Parula.

Miss: Winter Wren. We tried all over the place.

This team was the only to count a Willow Flycatcher.

Best: The Great-Horned Owls were awesome.

Miss: We looked everywhere for an Indigo Bunting!

Best: They got Chimney Swifts in Kirkfield.

No Miss shared, but the Loon Rangers did share that they were fundraising in memory of Jeramie’s former student, Angela Rehhorn. Angela started to volunteer with The Couchiching Conservancy back in January, and was on a flight to Africa that crashed. There were no survivors. Angela’s nickname was Pinky, so the team wore pink shirts in her honour. Thank you to everyone who donated in her memory.

This team was the only one to count a Ruby-crowned Kinglet.

Best: Smashed our record by 20 birds. Porcupine in a tree – it was Melissa’s first. Got a Barred Owl at 3:00pm in the afternoon.

This team was the only to count American Tree Sparrow and Fox Sparrow.

Best: Great-Horned Owl – it was Stella’s favourite. We stayed there watching them for about 20 minutes, and as we were packing up, a Swan flew in.

Miss: Kingfisher. Courtney say it, but no one else did.

Best: Olive-sided Flycatcher in front of us when the Challenge first started. Or the Blue-winged Warbler. We had both hybrids – Lawrences and a Brewsters.

NEAR Miss: Ruby-throated Hummingbird. The first time only Dale saw it…the second time, only Aaron saw it…finally we went back to the first spot and everyone saw it.

This was the only team to count a Yellow-Bellied Flycatcher, Bay-breasted Warbler and Yellow-throated Vireo.

Best and Miss detailed below.

Best: About two weeks ago, we released a Yellow Rail in Carden – it had hit a building in Toronto and stayed at a Wildlife Centre all winter. We stopped again at the release location, opened the car doors and we heard the tick-tick-tick – it was still there! PLUS Chorus Frogs!

The Teeter-Ass Trophy for spirited participation went to the Loon Rangers, who surpassed 100 species this year!

Thank you for another great year! Mark your calendars for the next Carden Challenge – May 22-23!