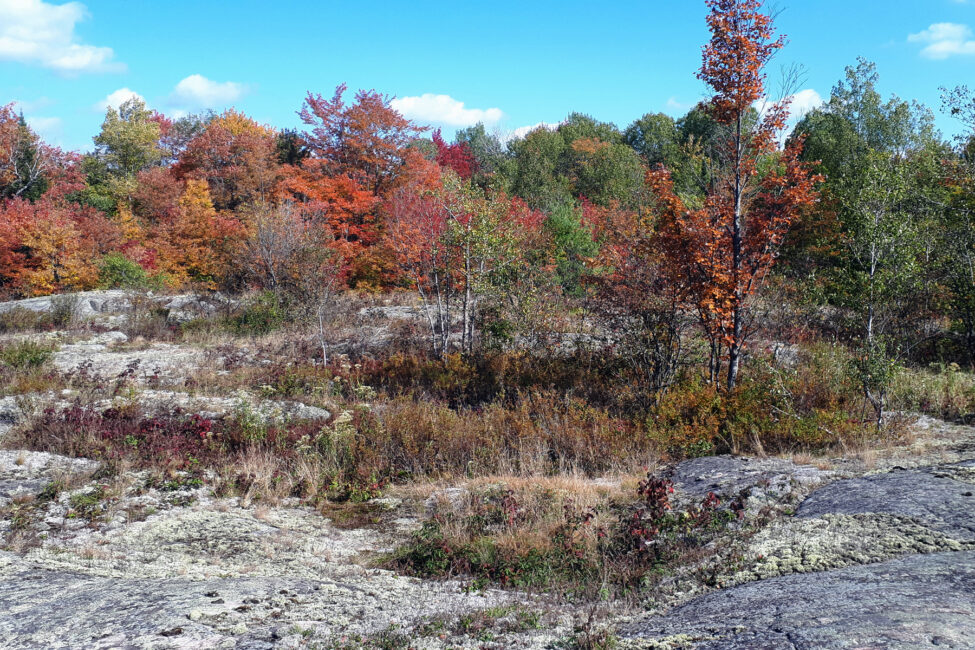 The Conservancy is celebrating its newest Nature Reserve, thanks to a donation by the Marley family!

The Black River Wildlands has been identified as a priority area for protection by the Conservancy due to the presence of Species at Risk, opportunities for protection and connection to other conserved lands. This work is within the Conservancy’s Corridors Campaign with includes the Carden Alvar which lies to the south-east. Donations to this Campaign helps to power the Conservancy to carry out land owner discussions, moving a donation through the Ecological Gifts process and has supported the creation of this Reserve.

This project was made possible by a 100% donation by the Marley family to the The Couchiching Conservancy under the Government of Canada’s Ecological Gifts Program. This program provides enhanced tax incentives for individuals or corporations who donate ecologically significant land. The family has donated the southern parcel of 77-acres while retaining the parcel north of the river with their family cottage on it.

“During this trying time of Covid, the Conservancy has had to adapt its work in many ways but there has been no change to the way our amazing members have continued to support the protection of natural habitats”, shared president of the Couchiching Conservancy, Neil Gray. “There is still a strong desire to protect land along the Black River Wildlands. This is demonstrated by generous donors such as the Marley family. I would like to extend a huge thanks to the Marley family for their donation of land to the Conservancy”. This particular parcel helps fulfill the Conservancy’s long term plan of assembling large tracts of habitat. These corridors are especially important in letting species move freely throughout their ecosystem. We are very grateful to add the Marley property to the land already protected along the corridor.

Story and History of the Property from the Marley family:

When Leida Randsalu and Roman Marley were forced to leave behind their homes in Estonia due to the advancing Soviet Army in the fall of 1944, they found refuge in Sweden.  There they married and had a son, Jaanus. In 1951, they were welcomed as immigrants to Canada and had a second son, Toomas.

Once they had settled here, found jobs and bought a house in Toronto, it was important to them to have some property with more space and close to water.  “A family needs land!” said Roman. In September 1962, he found an advertisement for a 100 acre property with a river running through it. He obtained a map and the family got into the 1961 Pontiac and drove there. On that day a Boy Scout Troop was camping there.  After talking with the boys and walking along the river, the property was to everyone’s liking and just what was needed – trees, water, cliffs to climb and animal trails to walk along. Thus, in 1962, they purchased 100 acres on the Black River for $900!  Initially, they built a small cottage and as the family grew, an addition was built. They thought it was very important to have a place to run around, be in nature and be free.

Leida, Roman and their family which now includes 5 grandchildren and 3 great-granddaughters have enjoyed many wonderful years on the property. It is a great place to watch turtles hatching and laying eggs, follow the life cycles of butterflies, make maple syrup, observe the behaviour of foxes, beavers and moose, watch the night sky and listen to whip-poor-wills, owls and cuckoos. We have been able to enjoy the property in all seasons, although the black flies and mosquitoes do make springtime difficult. 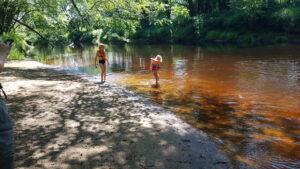 Playing along the Black River 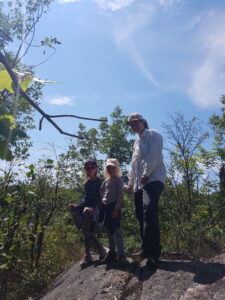 Family up on the cliff 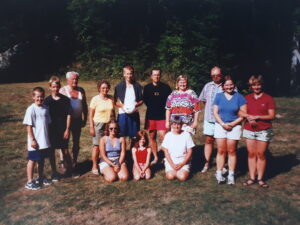 “So many of my childhood memories are of the cottage – baking bread outside with my grandmother in the woodfired oven, staging plays with my cousins where we weren’t bothering anyone with how loud we were, climbing to the top of the cliff and exploring forest depths, rolling in the snow from a winter sauna.” – Karin Marley

“Our cottage is one of the places where I have developed a love and passion for nature throughout my life. It’s a place that’s calm, where we can disconnect and immerse ourselves in nature. But we chuckle a bit when people comment on how quiet it must be up there. At the Black River, surrounded by wetlands, the river and the forest, nature is never really quiet. We’re glad to have a place that’s so loud with nature sounds, whether that’s the nighttime chorus of spring peepers, the red squirrels squabbling in the trees, poplar leaves rustling in the wind, or the phoebes feeding their young in their nest above my bedroom window.” – Elin Marley

“Leida and Roman are no longer with us but we hope to continue enjoying the cottage for many years to come.  For that reason, we have decided to donate about 9 tenths of the land to The Couchiching Conservancy so that it can be enjoyed by others and protected from development.” – Reet and Jaanus Marley

“Preserving this piece of land will preserve my grandparents’ dreams from their time as new immigrants, and their love of the country that became their home.” – Karin Marley

“I am so thankful to my grandparents for giving us this place, and proud that we can share part of our property with a community of like-minded nature nuts.” – Elin Marley