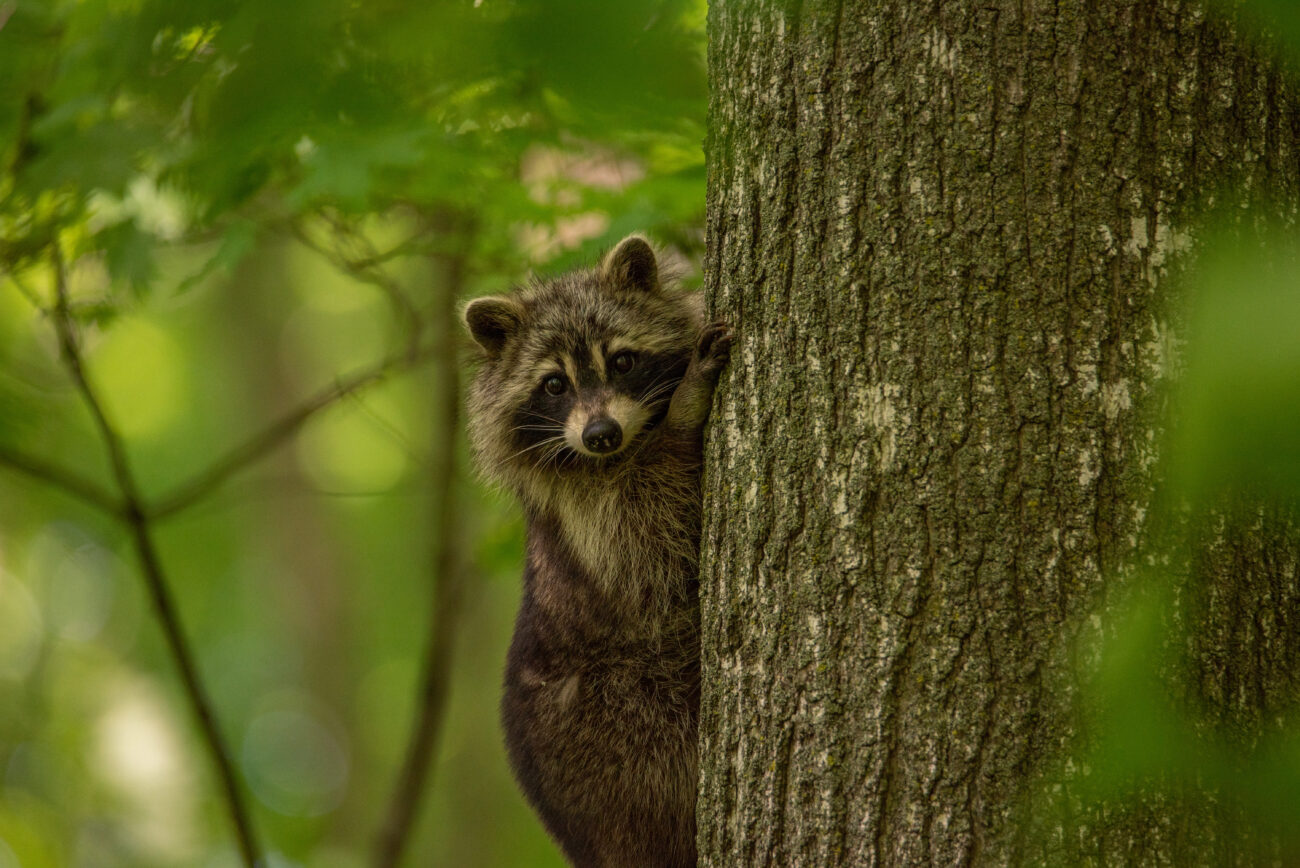 Walking through The Church Woods Nature Reserve on a spring day is a sublime experience. Spring ephemerals such as Blue Cohosh, Trout Lily, White Trillium, and Red Trillium colour the forest understory beautifully. If you look closely though, you’ll notice a few things are amiss, thick patches of invasive garlic mustard and periwinkle crowding out areas, rarely allowing anything else to grow. You might also notice that many of the ash trees have advanced bark damage and are no longer producing leaves. These are the tell-tale signs of the invasive Emerald Ash Borer. Emerald Ash Borer larvae feed under the bark of ash trees and emerge as adults one or two year later. Because our native ash species have so little resistance, trees become heavily infested and the amount of damage the larvae cause effectively stops the flow of nutrients and the trees die within a few years. 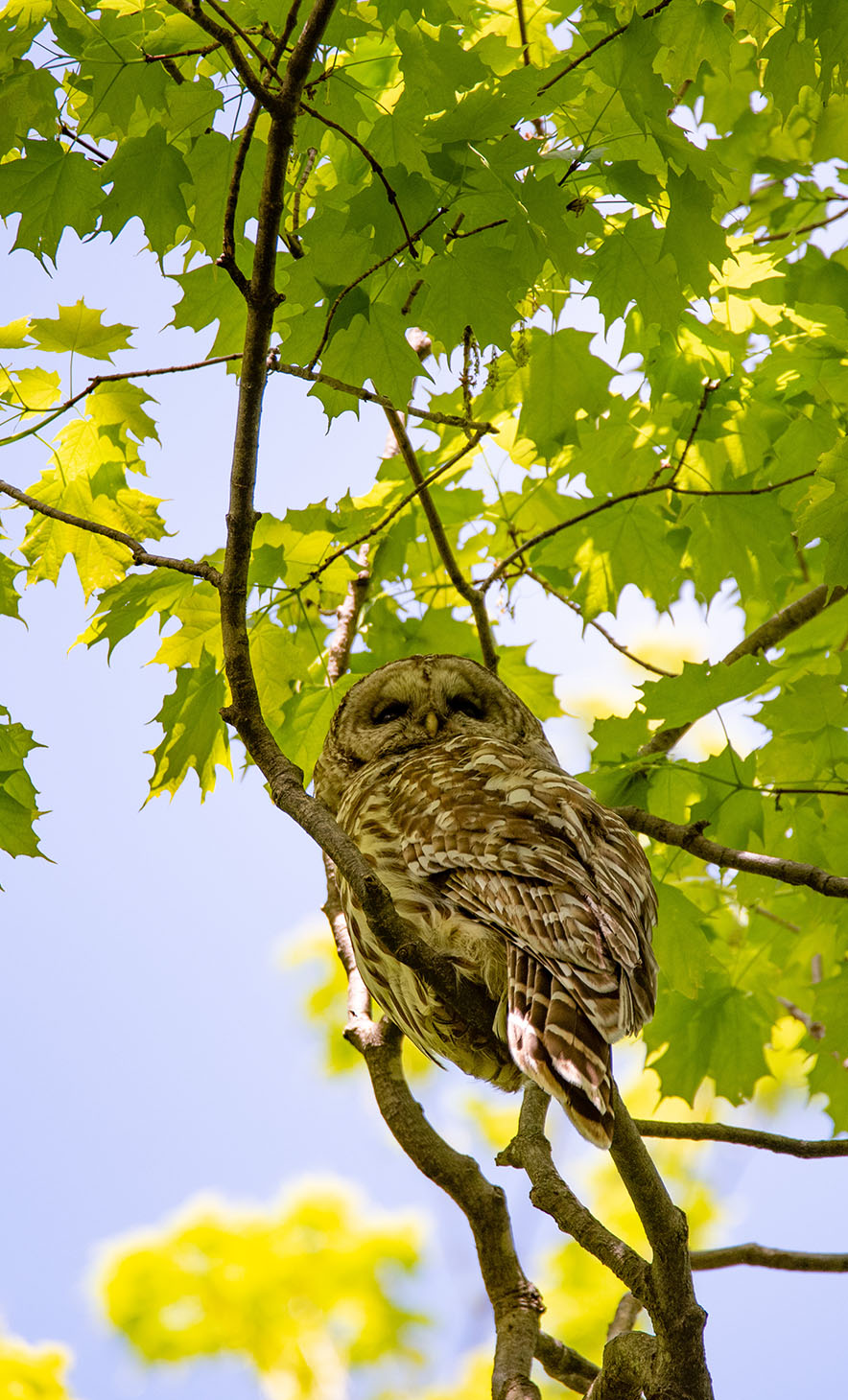 Protecting wild spaces like the Church Woods is important as they offer refuge for native species in heavily developed southern Ontario. The small size of the nature reserve and its relative isolation from other forests does make protecting these conservation values more challenging though. Development around forest fragments changes the microenvironments found in forests by increasing light levels, daytime temperatures, wind speeds, and lowering humidity along forest edges. While this may offer an opportunity for other native species to occupy the forest edge, development disturbances also provide favourable opportunities for invasive species to take hold. For smaller forest fragments like the Church Woods, this edge area can take up a considerable portion of the total forest fragment area, limiting the area of intact forest habitat. Small forest fragments also restrict species movement which leads to increased species isolation and greater predation. Larger forest fragments tend to have a greater area of intact native forest habitat meaning less species isolation and less risk from predation. In general, though, fragmentation breaks up the permeability of the landscape, cutting off migration and dispersal routes creating islands of nature in a sea of humanity. There are small tenuous connections between fragments, but they are intersected by ever increasing barriers.

The Couchiching Conservancy recognizes these challenges and actively works to conserve the Church Woods as a part of the Eastern Great Lakes Lowlands Forests region by monitoring wildlife, managing invasive species to limit their impact, maintaining trails in a sustainable manner that limits their impact on the surrounding forest, and promoting the formation of wildlife corridors in the Oro-Medonte area. The introduction of swift and destructive invasives like the Emerald Ash Borer pose even greater challenges in terms of the sheer amount of damage and hazards they create. When felling dead ash trees that pose a hazard to surrounding neighbours, we ensure that damage to already-disturbed forest edge areas is minimized so that invasive plants have less opportunities to spread. For dead ash trees that pose limited risk, we leave them to decay and fall naturally, which provides habitat opportunities for wildlife such as the Little Brown Bat, a species-at-risk, and several species of woodpeckers. 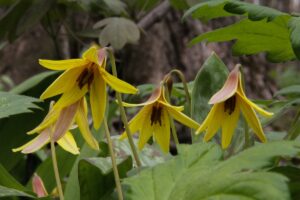 Climate change is often cited as one of the greatest problems threatening humanity, but another threat, perhaps equal in impact but less well-known, is the loss of biodiversity. Intact ecosystems provide many benefits to us including water filtration, drought and flood protection, genetic diversity for food sources, pollination for crops, and discoveries used in medicine and pharmaceuticals. It’s increasingly understood that habitat disturbance and destruction increase the risk of spreading infectious diseases and accelerate climate change. Protecting the Church Woods is a part of the solution in protecting our local biodiversity.

You can help us protect the Church Woods by:

Without the continued support of volunteers and donations, we would not be able to protect this treasured, yet vulnerable property.